Tokyo Revengers manga has entered its final arc, and the author plans to end this incredible series soon. The previous manga chapter has shed some light on Takemichi’s new ability. Now, everyone is eager to see how things will move forward for every character in the upcoming chapter. Here’s all you need to know about the upcoming Tokyo Revengers Chapter 219.

Tokyo Revengers Chapter 218 explored and highlighted the internal workings of this mysterious gang called Brahman. We saw how Toman has disbanded with Mikey fleeing to Kantou Manji Gang while Draken and Takemichi to Brahman.

Here’s everything that happened in the previous chapter:

Tokyo Revengers Chapter 219 will be getting released on August 25, 2021. There are no suspected delays fortunately but this page will be updated upon relevant news. 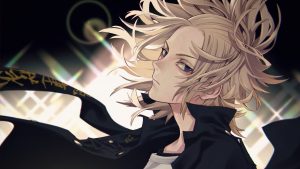 At the moment this article is being written, the spoilers for the upcoming chapter aren’t out. Usually, the raw scans for the new chapter come in Japan a bit earlier than its worldwide release. You can expect the spoilers of Chapter 219 to come out around August 24th, so we’ll update this post accordingly. Here are a few brews of predictions and fan theories though:

The upcoming battle in Tokyo Revengers Chapter 219 will decided the future that Takemichi is so hard striving for. Takemichi and Draken will be fighting against Mikey this time. Although all they want is to bring the old Mikey back.

There are a lot of prominent figures in all of these gangs and some of them who will play the most significant roles from the Kanto Manji Gang are Haruciyo Sanzu and Hajime Kokonoi.

Tereno South has also picked some of the top-tier delinquents in his gang and they surely will prove to play a big role on the battlefield like Kakucho, Ran Hitani, Rindo Hitani, kanji Mochizuki, and Shion Madarame.

Mikey has still not made his appearance and it looks like the battlefield will be the first place where he will finally make his entrance. The destination of the battle has not been decided yet.

The clash of the top three gangs is finally ahead and there is a long way ahead to see who comes out at the top.

Senju welcomed Takemichi in the Brahman Gang as an honored member and has impressed Takemichi with her charismatic and powerful personality.

After their shopping incident, we all have been expecting some romantic development between the two and now Kawaragi has finally asked him out and we will see more of it in Tokyo Revengers Manga 219 spoilers.

Takemichi is already devoted toward Hinata, it would be no surprise if he comes true and tell Senju all about Hinata and reject her proposal.

Although they might go on a date as a friend and that would be an interesting development between those two.

The vision of Takemichi also arises many questions and we still want to know about the promise that Senju mentioned in the vision.

Where Can I Read Tokyo Revengers Manga?

Tokyo Revengers has been serialized in Kodansha’s Weekly Shonen Magazine since 2017. If you’re in Japan, you can buy the magazine to read the latest chapters. On the other hand, international fans can find several digital platforms to read the manga’s English translation on the official website of Kodansha.

Mangamo is one of the platforms where you can read the English version of Tokyo Revengers.