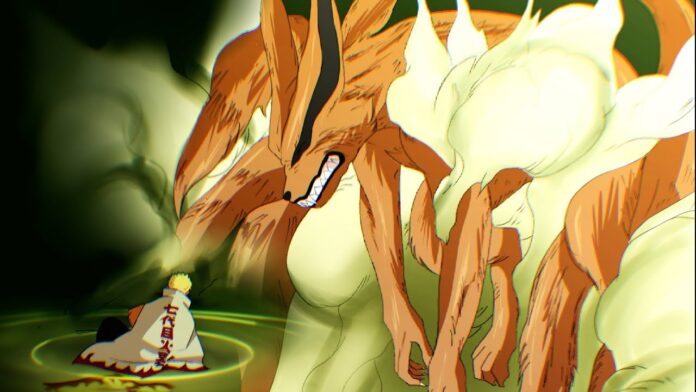 Naruto’s partner, Kurama – the Nine-tailed fox, met his demise in chapter 55 of the Boruto: Naruto Next Generations manga due to the excessive use of his chakra when he and Naruto used Baryon mode against Isshiki Ohtsutsuki.

Boruto Chapter 55 begins with Naruto and Kurama having a chat in Naruto’s subconscious. While Naruto believes that he has died, Kurama informs him that ‘his’ time hasn’t come yet. The same is not true for Kurama himself tho. 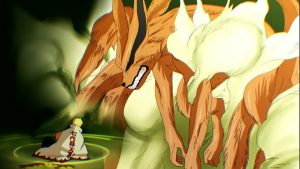 Kurama explains his reason for hiding the truth from Naruto in his final moments.

“Just so you know, I never once lied to you. At no time did I ever say that you would die. If I’d told you at the get-go that power came in exchange for my life, you would’ve hesitated.”

Hagoromo Ohtsutsuki brought to existence Kurama and the other eight-tailed beasts when he split the chakra of ten tails after defeating the colossal beast.

With Naruto and Sasuke using Yin Yang chakra and their mastery in sage mode, they can split the second ten-tails and divide it into Nine-tails and eight-tailed other beasts again. Although the new beast will probably have a different personality than Kurama. This is the only possibility for Nine-tails to return.

Nine-tails Can, But Will it Return?

It goes without saying but the title ‘Boruto’ suggests Boruto be the main character, the plot has revolved around keeping him and Kawaki as the new protagonist duo. Because of this, Sasuke and Naruto were bound to be robbed of the spotlight. With the return of Kurama, Naruto would take the mantle of strongest shinobi, which the series cannot afford. Hence it is unlikely that Kurama will return to ‘Boruto’.

Will Sasuke Rinnegan Come Back?

It’s very much possible for Sasuke’s eye to recover over time, but if the series is smart then it’ll be quite a while for that to happen. There’s a greater chance that Sasuke has lost his Rinnegan for good.  This would leave a greater impact on the fight with Isshiki as a whole. It would also further remove Sasuke from the center of it all and more into the mentor role he should be taking. 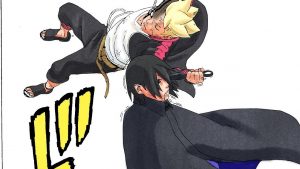 The Rinnegan is acknowledged to be the strongest of the Three Great Dojutsu. One is the fact that it allows the user to heal themselves. But the truth is, Sasuke had to be nerfed because was too powerful with it. He belonged to the old genin and the spotlight needed to be reserved for Boruto. This would give him the much-required space and reason to get stronger.

Even though the possibility of Nine-tails coming back to ‘Boruto’ verse or Sasuke Rinnegan healing is not too small, the two will likely not come true, the whole purpose of the two losses was to nerf Naruto and Sasuke and to steal the mantle of the protagonistic duo and hand it to Boruto and Kawaki.