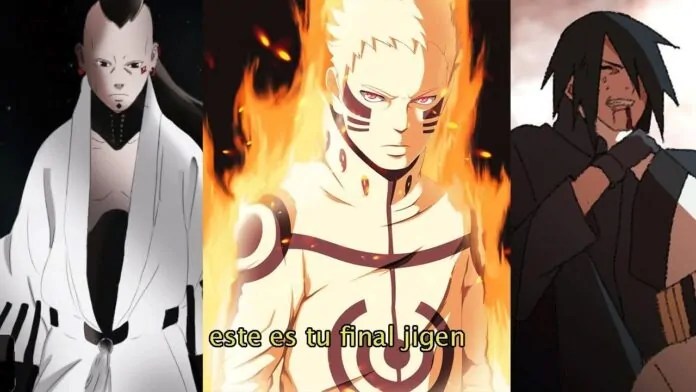 Manga is going really insane, this post will feature Boruto Chapter 37 Release Date and Discussion Thread. NO SPOILERS YET!

Spoilers are out, check them here!!!

Jigen is seriously another level of a villain, he directly spawned into our Hero’s House willingly, as if he knows his extent of power outmatching anyone else in the Hidden Leaf.

Boruto Chapter 36 had really great reviews and was one of the best chapters ever. Best moment of the Chapter was Jigen apologizing for directly coming to the Living Room of Naruto with shoes on. Here the Konoha vs Kara begins.

The release date for Chapter 38 of Boruto has been revealed by VIZ as Friday 20th September 2019.

New Chapters will release near 20th of every month due to shifting to V-jump. And that is really good as the series will get a pace.

There are a few things which will be really interesting to see in the Next Chapter:

We as fans hope that no major death will occur anytime now because it is for sure that Jigen would not kill Naruto as from the First Episode of Boruto, Kawaki said that “I will be sending you where I sent the Hokage”, that means Kawaki can only be the one who does that.

The hype is real for Chapter 37, we can only wait for now until any spoilers get released.