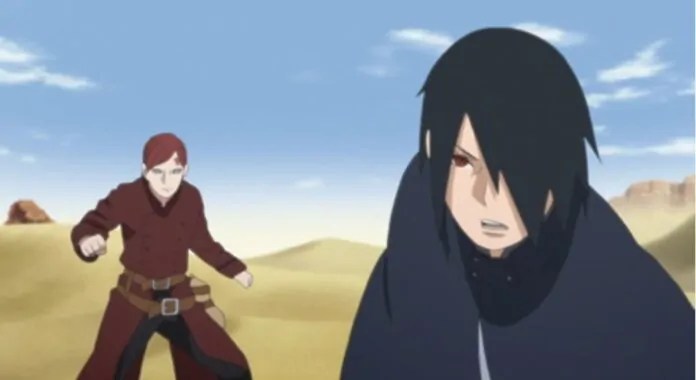 Boruto Episode 120 is the beginning of the Urashiki arc on 18th August 2019. Currently, as per spoilers, this is a small arc, but it might lead to another big arc.

Shinki, Gara, Sasuke, Boruto and Urashiki will be involved in the upcoming Episodes. Episode 120-123 Spoilers are below.

Leaked Images for Ep 120 are out, see them here.

During the time of the Chuunin Exams, Sasuke became Boruto’s mentor. Since his mentor tends to be away from home, Boruto hasn’t been able to receive much training from him – He’s gotten tired of waiting on him to come back.

But on this occasion, a message arrives at the village from Sasuke. Boruto stealthily eavesdrops (listens) on the contents of it, and finds out that Sasuke is going to be dropping by for a short visit at a certain location in the “Wind Country”.

But at the same time, various accidents keep happening -one after another – and he isn’t readily able to reach his destination. Will Boruto actually be able to meet up with his mentor!? 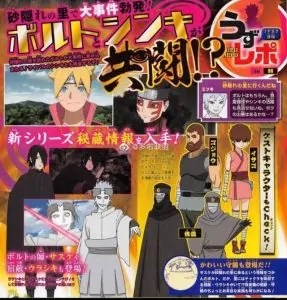 Gaara asks Boruto to do an important duty!! Splash Text + Caption Because of Urashiki’s Jutsu, Sasuke vanished into another space(/dimension) It does not specify here, which would concretely indicate a different time-space dimension.

That would be the normal way it’s written in Naruto media instead of the generic wording (which seems more like he’s off in a different realm/area somewhere else on the same plane).

— I Gaara, Kankurou, Shinki, and their comrades are in the midst of battling Urashiki in order to protect Shukaku! 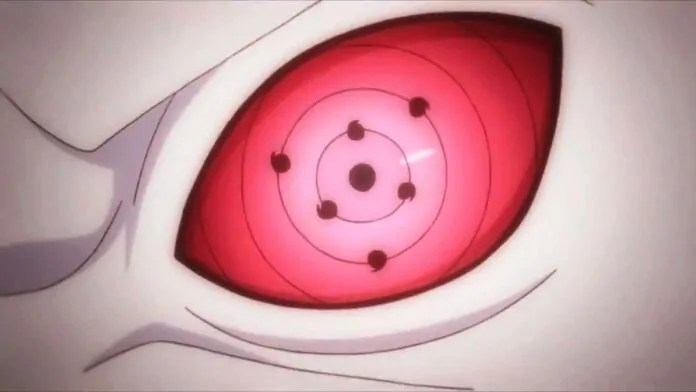 However, Sasuke gets caught off-guard, and he completely disappears due to Urashiki’s Jutsu! With Gaara’s sealing Jutsu, they are able to halt Urashiki’s movements somehow. He then orders Boruto to take Shukaku all the way to Konohagakure Village.

Heading towards Konohagakure Village together with Shinki! It’s been decided: Boruto will head towards Naruto’s location to deliver Shukaku, together with Kankurou and Shinki! However, Boruto’s personality is the complete opposite of Shinki’s, which causes conflicts.