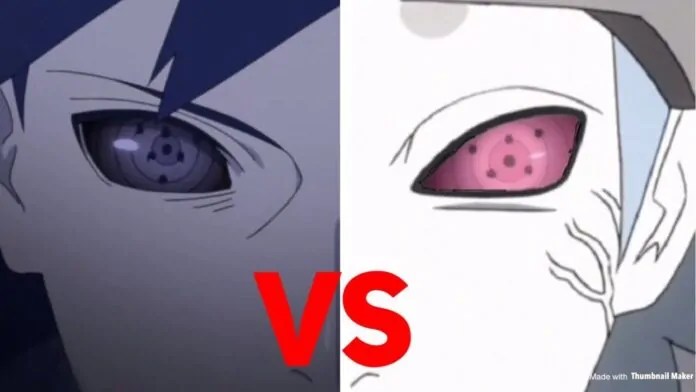 Boruto was having fillers until Episode 119, but now it is confirmed for Boruto Episode 120 will feature Urashiki Otsutsuki’s story.

Episode 120 Boruto will leave Konoha to meet Sasuke in the “country of the wind/sand”. The scan also mentions the “sand village” which means Shinki and Gaara. The incident that occurred has something to with Urashiki. THE HYPE IS REAL, reported by Abdul and Dora League.

Boruto Manga is currently going really crazy and we recommend you to read it, though it may spoil the anime series. The manga will debut with its much-anticipated Chapter 37 on August 20, 2019, which will feature Naruto vs the new villain (Jigen).

Since his mentor tends to be away from home, Boruto hasn’t been able to receive much training from him.

A message arrives at the village from Sasuke. Boruto stealthily listens to the contents of it and finds out that Sasuke’s present whereabouts.

In order to receive training from him somehow, Boruto then rushes out of the village.

See the image as proof below:

The new Arc will start from episode 120 and the hype is real. Urashiki or his story will be involved in the upcoming Episodes after 120. This looks like a proper genuine arc.

For spoilers of Boruto Episode 118, you can go here.