Howdy, everyone. If you’re looking for updates on Demon Slayer: Kimetsu no Yaiba movie Demon Train or the Mugen Train release date, spoilers, and plot then you’re at the right place.

Demon Slayer movie – Demon Train is undoubtedly one of the most anticipated movies of the year. Fans will have to wait for some time for the movie to hit the theatre. But exactly how long? Here’s everything you need to know about the Demon Slayer movie.

Demon Slayer aired its first season in April 2019 and is getting showered with love by fans all around the globe. The genre for Demon Slayer is Action, Demons, Historical, Shounen and Supernatural.

The Anime is well-known for its wonderful animation and a decent plot. Ufotable studio is in charge of the animations.

Demon Slayer manga, like every manga, aired a lot earlier than the anime did. In April 2018, Ufotable revealed that the Demon slayer manga is getting an anime adaptation soon. And, after a very long wait, Demon Slayer made its way out.

The fans are eagerly waiting for the next season but it doesn’t seem like they will get one soon. Still, the makers of the anime series sure have a compensation gift to make the wait a little less excruciating.

The Demon Slayer movie- The Demon Train Arc will soon premiere at our screen. It will continue the story of the first season. Besides, it’ll also feature several insane surprises and challenges.

Ufotable Studio announced a sequel film instead of Demon Slayer Season 2. The title of movie Demon Slayer: Demon Train Arc or Kimetsu no Yaiba: Mugen Ressha-Hen. It was announced right after the anime series concluded airing in Japan.

The movie will follow the ‘Infinite Train’ story arc from the seventh volume of the original manga series.

The main characters of the anime will return along with the director, Haruo Sotozaki, of the first season. Also, character designer Akira Matsushima will be back as well.

As of now, Ufotable Studio has released a 20-second teaser of the upcoming Demon Slayer movie that will cover up the Infinite Demon train arc. You can watch the trailer on the anime’s official site, twitter account, and youtube channel.

The exact release date of Demon Slayer: The Demon Train Arc movie is still unknown. But, the movie is speculated to be released somewhere around September 2020.

The official release date of the movie is still to be announced by the studio. We can expect some clear news by Ufotable Studio by the mid or end of March 2020.

Kimetsu no Yaiba Latest Updates of The Movie

Warning: Before we get going, please note that beyond this point, there are official spoilers from the continuation of the anime. If spoilers bother you, you might want to stop reading here.

However, if you love spoilers and spoilers don’t bother you, keep going. We do not create the spoilers or leak them. The internet and manga are the sources for every spoiler here.

The movie is going to focus on the flame pillar of demon slayer corps, Rengoku. Fans are all excited and eager. Many demon slayer fans have welcomed the decision to turn the Infinity Train Arc into a movie. They believe, this way Season 2 won’t be rushed.

Also, they say that a movie will fit perfectly into the requirements of the Demon Slayer story. Many wanted a separate movie for Rengoku, and they got what they wanted.

Still, there are some fans who prefer a season over a movie. But after the successful run of Season 1 fans cannot wait to watch a movie continuing the story.

The story of the Demon Slayer will continue with the movie adaptation of the next arc, namely the Demon Train Arc. Fans can’t help but get more hyped for the movie. Turning Demon Infinite Train Arc into a movie is a great way to handle the stuff. The arc is important, but it would be too short for a season and too long for two episodes.

The cast of the Movie

The Animation’s studio director and the character designer, Haruo Sotozaki and Akira Matsushima respectively, are coming back to the movie set as they have joined the production team.

The cast of Demon Slayer: The Demon Train Arc movie includes most of the main characters and a few other characters. The main cast consists of

The plot of The Anime Kimetsu no Yaiba

The burden of supporting the family has fallen upon Tanjirou Kamado’s shoulders, Soon after the death of his father. The Kamado family is able to enjoy a peaceful and happy life, though they are living impoverished on a remote mountain.

One day, Tanjirou decides to go down to the local village to sell charcoal and make a little money.

On his way back, at night, Tanjirou took shelter in the house of a strange man. The man warns him of the existence of flesh-eating demons that lurk in the woods at night.

When he reached home, he sees a horrifying sight—his whole family has been slaughtered. The sole, his sister Nezuko, has been turned into a bloodthirsty demon.

Tanjirou got consumed by rage and hatred. He swears to avenge his family and stay by his only remaining sibling. He joins the mysterious group calling themselves the Demon Slayer Corps. Tanjirou will do whatever it takes to slay the demons and protect the little humanity left of his beloved sister.

Demon Slayer is an action spectacle that offers 24 minutes of heart-throbbing carnage. 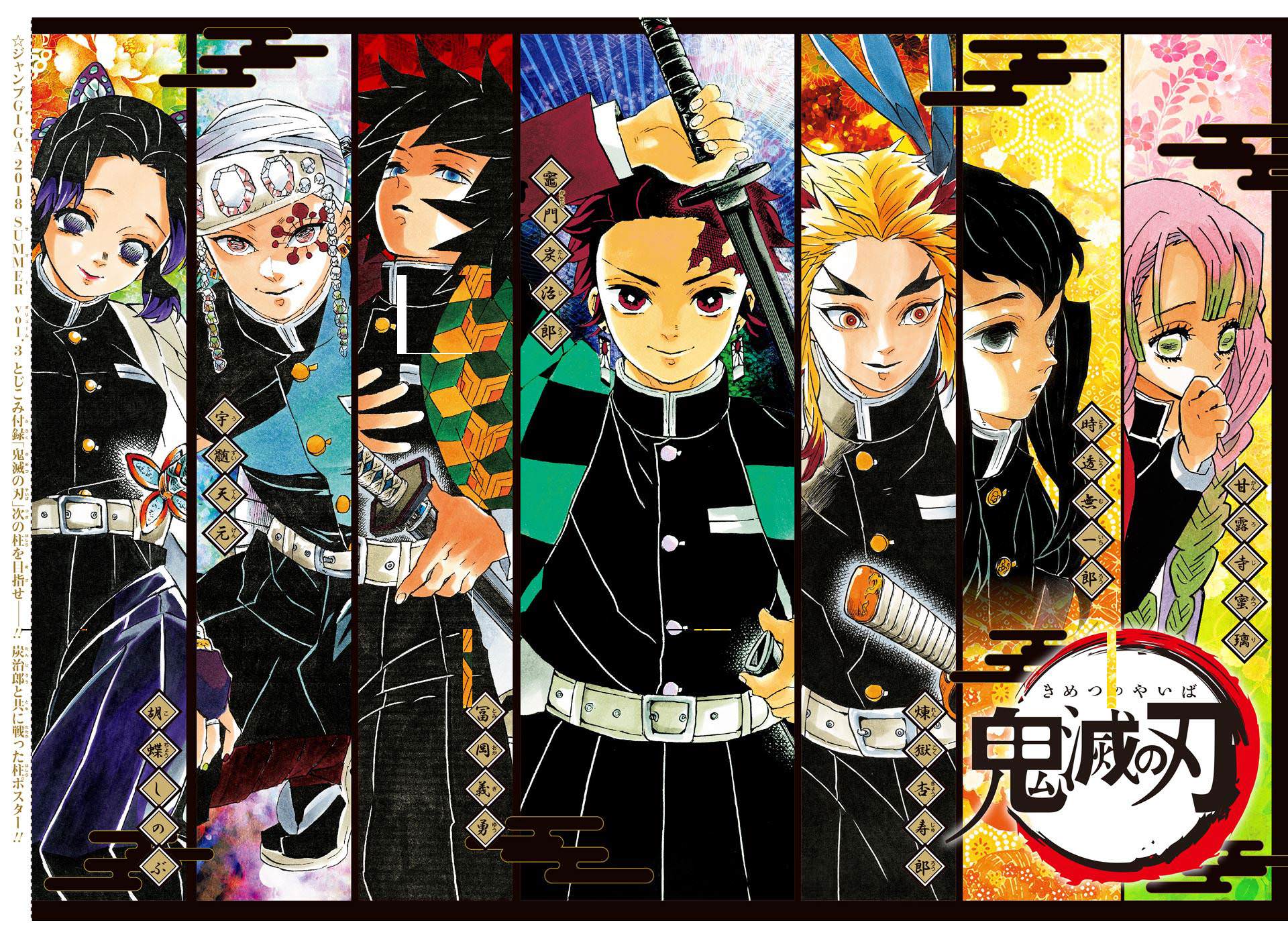 The season 1 of Demon Slayer was a huge success and fans are eagerly waiting for the second season of the anime. It has been revealed that Ufotable has started working on Demon Slayer Season 2 because of the huge success of Season 1.

The pressure for another season is high on Ufotable, also they are currently focusing on the Demon Slayer movie. The film is currently in production, delaying the return of the show. Fans speculated that the movie weakens the possibilities of Demon Slayer Season 2.

But, it has been revealed that there will be a new season soon. The season will pick up from the point the movie concludes.

For the latest anime and manga news stay connected to us.

Top Animes to watch like Demon Slayer full of action!