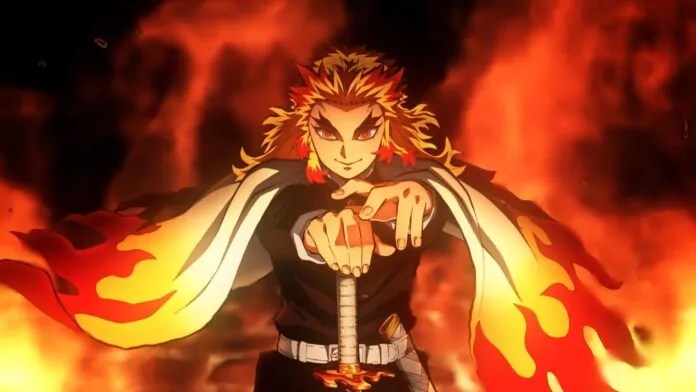 Hello everyone, “Demon Slayer” Season 2 is expected to resume with an anime movie. Release Date is October 16, 2020 in Japan. Spoilers are below. Images by Trazypb.

Demon Slayer Season 1 ended on October 19, 2019. After the successful run of Season 1. Fans are expecting a lot from the franchise because the manga is a super hit with the readership surpassing even that of One Piece. Kimetsu No Yaiba is at the top in Manga.

Just because of the great manga story, the anime received a huge amount of appreciation and love from the fans. Though a movie is in the making and will be released soon, fans are eagerly waiting for “Season 2” of their favorite anime Kimetsu no Yaiba.

This post is solely towards the latest news and developments in the production of Demon Slayer Season 2. We are going to reveal release date, leaks, updates, speculation of the much-anticipated anime Demon Slayer Kimetsu no Yaiba season 2 in this post, so keep reading.

*WARNING: This post contains spoilers for the upcoming season of Demon Slayer. If spoilers bother you, you might want to jump directly to the release date section.*

“Demon Slayer season 2″ has launched its teaser. Yet it will take a little bit of time to release because of the pandemic we all are going through ” Covid-19 “. Together with till the end of 2020 and the start of 2021 it hopefully gets a release. Or else the release date can also get a delay due to the outbreak of Coronavirus.  Black Clover, One Piece, Boruto anime have already been delayed due to this.

Season 2 might take on from the point where the movie ends. There is no official news out yet, but many believe that the Demon Train Movie will act as a link between season 1 and season 2. So far the studio doesn’t have any strong and valid reason for not giving us what we want- Demon Slayer Season 2.

As no official confirmation or news has arrived from the studio Ufotable yet, but considering the success of season 1, the studio may decide to release Kimetsu no Yaiba Demon Slayer Season 2. Season 2, just like season 1, will have each episode of approximately 24 minutes. Each episode will air once a week.

Demon Slayer Kimetsu no Yaiba’s first season has won the hearts of its fans. Its fans are eagerly waiting for part 2 will either come or not. However the first season is well – known for its dark and enthralling story.

Demon Slayer season 1 started on 6th April 2019 and ended on 19th October 2019 and was the most popular and lovable anime series for the anime lovers all over the world. Furthermore all the eyes are waiting for season 2 of Kimetsu no Yaiba. As Demon Slayer season 1 has become successfully profitable so that the production has decided to cast its second season.

We saw the upcoming movie Infinity train trailer at the end of Season 1. The studio Ufotable tweeted the same on their official Twitter handle.

As we all know that the first season of Demon Slayer has ended with the leading actors boarding on the infinite train. The second season will start from the portion where the first season end. The movie will act as a link between the seasons. However each episode of season 2 will be around 24 minutes.

Demon Slayer season 2 has full of action, fights, comedy, and drama. Its trailer giving us a highlight of the upcoming Demon Slayer which is covering the infinite Demon train arc. Over 40+ passengers have disappeared from the train.

A boy named ” Tanjiro ” is the only person who is a breadwinner of the household. All the responsibilities were on him after his father’s death. One day he went down to the village to sell the charcoal to earn money for his living. In an event, he went to his closed ones there he found his whole family was murdered except his sister, Nezuko.

The story begins with Tanjirou Kamado – the protagonist. Tanjirou was burdened with his family responsibilities soon after the death of his father. The poor and impoverished kamado family was living a peaceful and happy life on a remote mountain.

One day, Tanjirou determined to go down the hill to the local village to earn some money by selling charcoal. On his way back, Tanjirou decided to take shelter in the house of a strange man, because night falls.

The strange man warns him about the presence of flesh-eating demons that sneak in the wood at night. The next day, he reached his home and saw a dreadful scene. His whole family was massacred and the only survivor, his sister Nezuko, was turned into a bloodthirsty monster.

Tanjirou, who is full of wrath and hatred swears to avenge his family and stay by his only remaining sister.

Alongside Demon Slayer Corps- The mysterious group. Now, Tanjirou is ready to slay demons and to protect the leftover humanity in his sister at all costs. On his quest, he comes across various demons and fights them with all his might, for he can’t lose his loved ones anymore.

The anime is an action-packed extravaganza that electrifies your senses for 24 minutes of heart-throbbing slaughter.

Where to Stream Kimetsu No Yaiba Season 2 Anime?

English Dubbed version of Kimetsu no Yaiba Demon Slayer season 1 is exclusively available on Crunchyroll. Season 2 will also air on the same platform.

Apart from Crunchyroll, you can watch anime on other official platforms. We highly condemn the use of unofficial illegal websites and applications for streaming.

There is no official news about the Demon Slayer Kimetsu no Yaiba manga series returning back anytime soon, the manga ended with 205 Chapters. Over 60 million copies have been sold of the series including both Magazine and digital versions.

The Demon Slayer Manga Brand is quite big, therefore we can expect it to return soon

It has been in Weekly Shanon Jump since February 2016. The manga magazine series has 19 volumes of Demon Slayer. It is one of the best selling manga series written and illustrated by Koyoharu Gotoge.