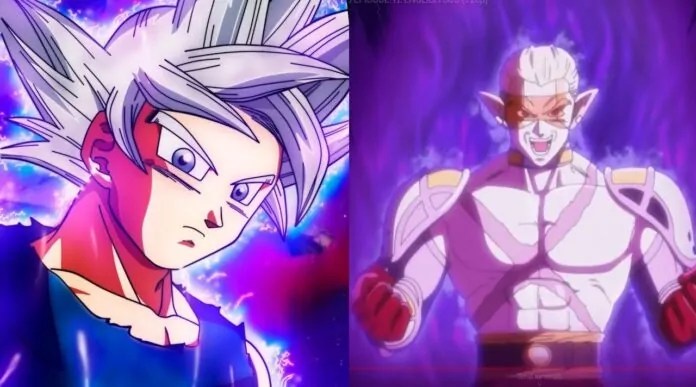 The recent Episode 12 was one of the best. We will cover Dragon Ball Heroes Episode 13 Release Date being July 11, 2019, Spoilers/Synopsis.

Though we don’t have news about the Super Anime yet (maybe an announcement in SDCC 20th July), but yeah a Dragon Ball Super Movie is in works for probably 2020. Please don’t lose hope they will announce the Super Anime soon.

The synopsis was reported by Cipher and translated by Herms98.

Will Vegeta power up? Or will Goku get back Perfect Ultra Instinct? Will Cooler be an ally? What is the plan of Fuu? What will the villains do with Universal seed?

The next Episode is coming sooner than normal that is on July 11th! Stay tuned for further updates.

We advise you all to use Official sources to watch the Dragon Ball Heroes to support it, here is a link to Official Site where you can watch in Japanese.

If you want to watch the latest Episode in English Subbed it will be posted by Terez27 on Youtube Channel.

Episode Translations are generally done by Cipher, Herms98, Sailorspazz and edited and organized by Terez27.

We may have an announcement about Dragon Ball Super Anime on July 20th, 2019 on SDCC (San Diego Comic-Con) where it has a separate Panel for it. It will eventually come this year that is for sure.

Yes, 100%. Talks about a possible next ‘Dragon Ball movie’ and how it might go in a “completely different direction” than Dragon Ball Super Broly based on an interview with the head of the Dragon Ball Rooms: ‘Akio Iyoku’.