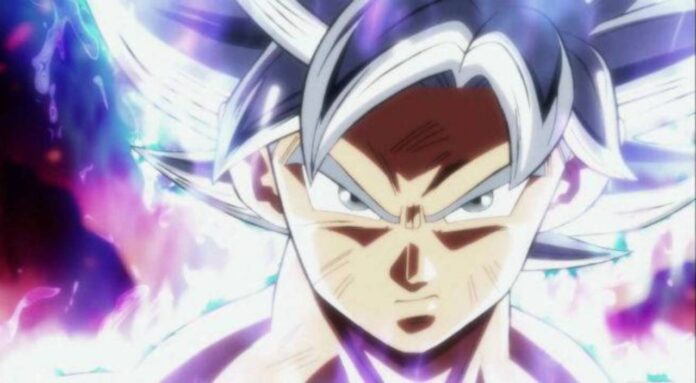 Currently, the chapter will release as scheduled in September, there is no delay on the releases of V-jump, but it is the time when the world is struggling due to corona, therefore, support the creators always.

In the last chapter, Agent Meerus who was actually an angel broke angelic code rules and just ended some powers of Morro like energy absorption, power stealing, copying, etc. Now Goku is in full rage as his friend Meerus has disappeared and Goku is about to go mastered Ultra Instinct. 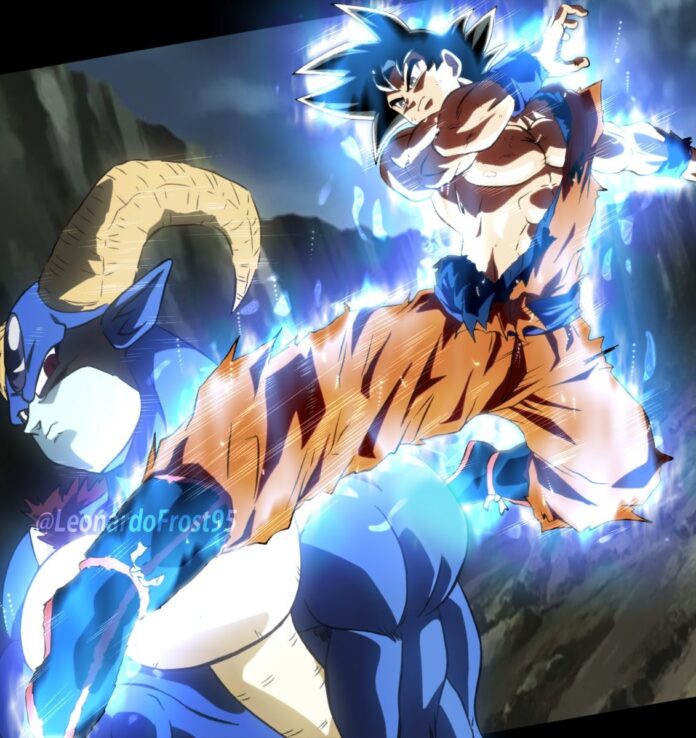 Goku stayed… calm?? He finally realized what is necessary to use Ultra Instinct… Repress great feelings!

Beerus: Continue the battle. Finish it already so I can grab a meal.
Moro: A.. Argh
Goku: You should’ve realized it by now that you don’t stand a chance against me. 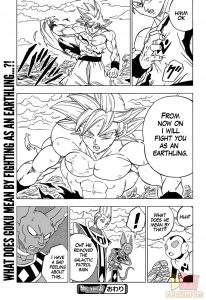 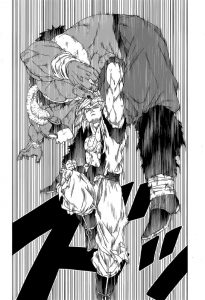 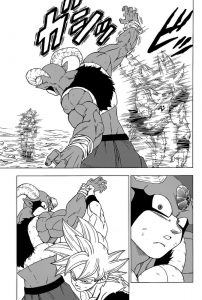 Previous DBS 64 drafts summary had a few mistranslation errors so had to take that down, sorry. But anyway here’s the fixed one.
(Translations: @Inumaru08 & @ErrenVanDuine) pic.twitter.com/TM4YgIw0GM

Also, some of the chapter 64 drafts got leaked:

The upcoming manga chapter spoilers, leaks, raw scans, summaries, translations of the latest Dragon Ball Super Chapter are out. We will update you as soon as possible if any new information releases. So, stay tuned we will update this thread as any new update is out!

Dragon Ball Super Manga Chapter 63 as per reported by Unrealentgaming Youtube reveals the beginning of the end for Merus Vs Moro as Merus went along to risk everything to help buy everyone time to recover, with Goku being the first to be healed and learning of Merus being in action, Goku quickly rushed to the battlefield only to power back into Ultra Instinct Omen and battle Moro again!

Omen Ultra Instinct Goku Vs Moro results in Moro defeating Goku AGAIN but not before Merus begins to use more of his Angel powers to seal Moros copy abilities and put an end to Moro momentarily to help assist Goku! As Angel Merus broke the law of the Angels, his body began to vanish into the wind but not without reminding Goku of what his life and role of being an agent for the Galactic Patrol meant to him as Goku is left with the memories of Merus as he is then erased!

What does this mean for our heroes going forward? Will anyone else get involved to fight Moro? Will we see Mastered Ultra Instinct Goku Vs Moro? Gohan Vs Moro? Piccolo Vs Moro? Majin Buu Vs Moro if he returns? Will Vegeta Vs Moro lead Vegeta to Victory? Will we possibly see Beerus Vs Moro? Let’s wait for the upcoming Dragon Ball Super Chapter 64.

The Dragon Ball Super Series is live on Shueisha’s V Jump monthly magazine in Japan, and the Viz Media site is publishing it in their Shonen Jump digital anthology magazine in the United States and can be read from any country through Viz and Mangaplus websites in English.

So, what do you all think about the upcoming Dragon Ball Super Chapter 64? Comment down your opinions/thoughts below. Also, read about the Boruto Chapter 50.