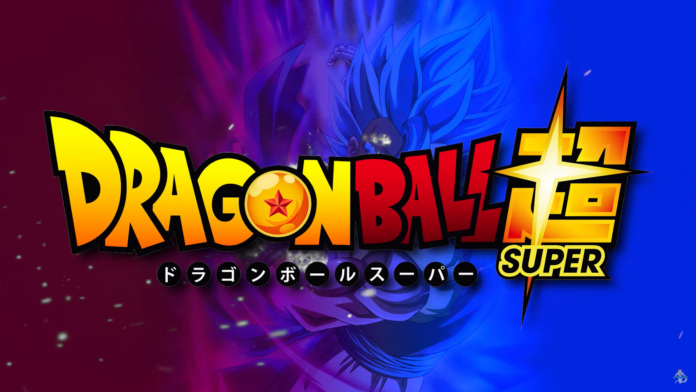 Howdy, everyone. In this post, we will talk about the Dragon Ball Super Season 2 Return in 2020 or 21? Anime Update with Full story, what is the current status of 2uper and when will it be out possibly. This news was reported by Geekdom101 on youtube, we compiled it.

The following questions regarding Dragon Ball Super will be answered:

The story of Dragon Ball super and its return has been a rollercoaster ride for the fandom overall. It’s time for us to give an update on DBS as far as what’s going on with the series and the future of Dragon Ball Super and just what the hell happened to it.

Dragon Ball super ended in March of 2018 and shortly after it, in December we got a brand new Dragon Ball movie – Dragon Ball Super Broly, which ended up being a tremendous success worldwide.

It was too soon to celebrate and trend that news and we didn’t have enough information, so we did not post about that and a few months after Yonnko Productions on Twitter had said that super was coming back in April 2019, a writer from Dragon Ball super whom we will not name for privacy purposes but stated privately to Geekdom that Dragon Ball super was not coming back in April and that he as a writer was working on new Kitaro Anime episodes.

Going beyond April 2019, now it turns out that Yonko productions were actually right in that at a time, that Dragon Ball super was supposed to come back in April but eventually Kitaro got a second season and that postponed Dragon Ball super a little bit longer.

In that panel, Toriyama did give a statement saying- he was working on something else for the future and he looks forward to sharing it with everybody, so Toriyama himself said that the story would continue.

One thing that needs to be made very clear is that Geekdom takes this very-very seriously He doesn’t report on the news unless he has it sourced by multiple sources.

These were staff members that worked on Dragon Ball super and no Geekdom did not reveal the names because it’s his job to report what he is told, but revealing their identity will possibly get them fired.

Geekdom did show screenshots in one of his videos of these conversations with various different staff members and them saying that super was coming back in July of 2019, so he went ahead and reported on this very confidently because there were so many different sources that were telling him that super was coming back and anime AJ reported on it as well so that it seemed true.

Yonko productions, some mysterious Dragon Ball Twitter accounts, that people have looked at have also said it that super was scheduled to come back in July of 2019.

July comes around with ‘no’ Dragon Ball super, we find out that the staff that was working on Dragon Ball super had been sent to do other projects like the One-Piece Stampede film a big movie and other things because you have to understand that the way TOEI animation is in Japan now is not the way it was in the 90s.

In the 90s you had Dragon Ball Z running every week and you had two theatrical movies coming out twice a year back then, the animators were much more plentiful during that time period it was a bigger staff and Toei animation did not have so many other projects bogging things down.

We are not gonna go into a whole big history of the animation industry in Japan, or the problems over there but trust us you can look it up there’s a lot of issues with the anime industry in Japan and that’s a topic for another day.

So Dragon Ball super does not come back in July of 2019.

Some people harassed and attacked news media sites and Geekdom on the internet for being wrong, it wasn’t anyone’s fault. 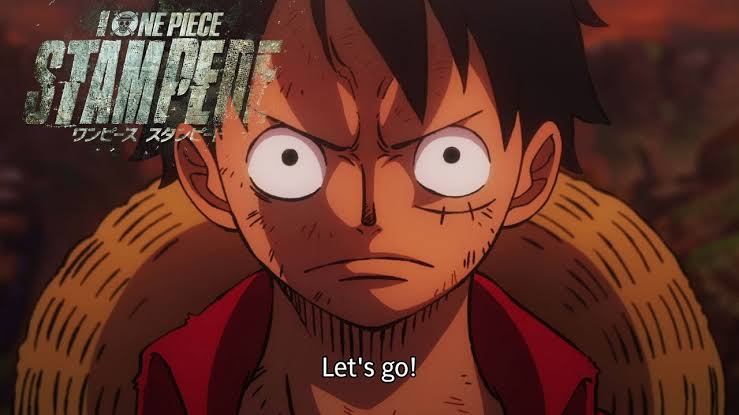 Will there be a Dragon Ball Super Movie coming or anime?

We reported what was multiple different people reporting that Dragon Ball super will come back in July 2019 including public reports from different conventions that TOEI was shopping Dragon Ball super episodes, not to mention the Italian voice of Vegeta and the Spanish voice of Goku both said that Super was being worked up for a continuation because it was being worked on for a continuation.

We’re gonna get to the details of what happened here in a minute, so Dragon Ball super does not come back in July 2019, we were not given any date as to when it was supposed to come back.

This interview is from the DBS Broly Japanese edition DVD booklet pic.twitter.com/3hkcunxHD6

Akio Iyoku the head of the Dragon Ball Rooms discussed the possibility of a future movie way back in July, but nothing else really came out of it so around October of 2019, we had come across some information, Geekdom was told information that there would be a Digimon series coming back to replace Kitaro in Dragon Ball super original timeslot. It was Sunday mornings, aka Saturday night for the West on Fuji TV in Dragon Ball super time slot.

Different people had said it was coming back who are trustworthy, it wasn’t just something that was made up, there was a lot of talk about this.

Digimon was coming back and this was an October 19th of 2019 information, so those people that say that Geekdom has no sources, how could he have known about this Digimon series that was announced on January 17th, 2020 in October 2019. 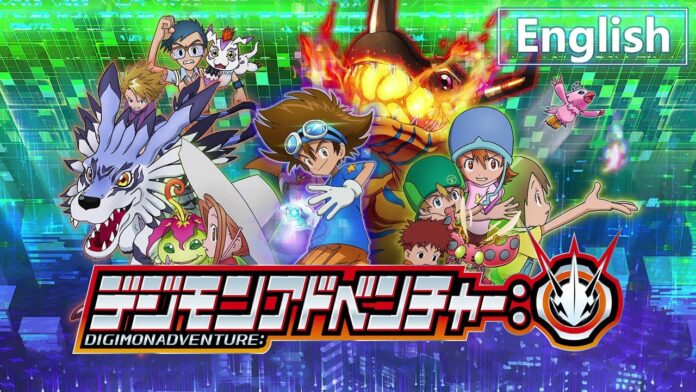 A Geekdom’s friend of a friend actually reached out to him and told that somebody from inside TOEI, somebody inside the corporation was gonna speak to him or wanted to talk to him in Japan but did not feel comfortable talking to him on discord Skype or even through DMS because they were afraid of losing their job.

This is a pretty serious thing you’re not allowed to leak stuff out or discuss inside stuff with companies.

So Jump Festa comes around and there’s no announcement, not just that but the original plan panels were changed at last-minute, very unusual things happened at that event and there was no announcement.

During geekdom’s travel to Japan, he spoke to somebody and he was told that yes Dragon Ball super was a hundred percent supposed to come back in July of 2019, the report was not false Geekdom did not lie, that is a concrete fact, the situation is it did get postponed indefinitely and the reason behind it was a multitude of reasons number one when he reported that the Animation staff was working on other shows and movies that were also factual. 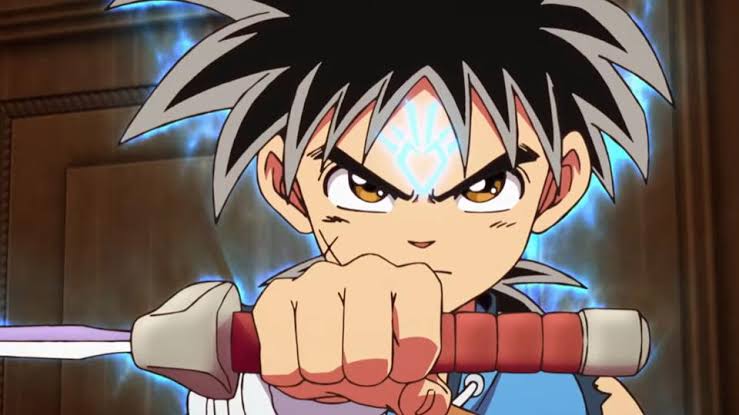 Now, as Geekdom said that he spoke to someone and there are multiple reasons, he gave him the first one and then the next reason which is the most interesting one is that behind the scenes there’s a very unique shift going on when it comes to the creative direction of Dragon Ball super, so now obviously many of you know that Toyotaro has been working on the Dragon Ball Super manga alongside Toriyama, will apparently Toyotaro has a lot more creative freedom working on this manga than he did in the past.

Toyotaro is basically the one coming up with the story and Toriyama is approving and giving his thoughts, but this story in the manga is primarily Toyotaro, it’s still a collaboration but it’s not like the previous arcs of super where it was Toriyama’s.

It appears like Toyotaro has more creative control essentially Toriyama himself has not yet submitted a story to the Dragon Ball Room or to TOEI animation for the continuation of Dragon Ball super, in other words, whatever story he was working on is not finished.

If you follow the history of Toriyama you know he is known to be a procrastinator during the days of the weekly shonen jump era, he wouldn’t write his chapters until right before publication that’s just how he is and because we know this about Toriyama that does not surprise me.

Now what does surprise me is the fact that Dragon Ball has rarely been this hot after the anime and after Broly, Dragon Ball has made a ton of money for all these companies Bandai, TOEI you know, Fuji TV, they have all profited from Dragon Ball and what does surprise me is that any other company whether it be Disney, Sony or any other company that works on genre entertainment would have capitalized on the fact that Dragon Ball is so hot and continued the series with or without Toriyama.

Well, it looks like TOEI is afraid of a Dragon Ball GT like situation coming up and having the fans sort of neglect Dragon Ball without Toriyama and because of that they are waiting for Toriyama to finish whatever he’s got planned, so as of this point right now Dragon Ball super is still on ‘Hiatus indefinitely’.

Is Dragon Ball Super Coming Back in 2020 or will it be later?

We do not expect Dragon Ball super to come back in 2020 at all, however, we do expect some kind of announcement for the future sometime this year.

This whole story was weird because nobody’s actually come out and leaked it, and you would think that at a concert somebody would say something so that story is again a bit unusual, nonetheless, Dragon Ball super was planned to come back, TOEI animation got cold feet about making dragon ball without Toriyama’s blessing, and because of that we’re all still waiting for what Toriyama has left to finish

So that we get the next story whether it be a movie or a TV series at some point in the future, we are expecting there to be a creative shift to where Toyotaro and the Dragon Ball Rooms will probably be the primary creative minds behind Dragon Ball when Toriyama does eventually retire, whenever that is hopefully not anytime soon but until they are comfortable enough to move in that direction.

We just don’t know when it’s gonna come, so that’s the story we’ve always been very open and honest with you and we and Geekdom hate giving people bad news because you know a lot of folks are looking forward to Dragon Ball super coming back this year, but it’s not gonna likely be this year.

We don’t know for sure because anything can happen, but it does not seem likely that it’ll be this year but again we do expect some kind of an announcement at some point of this year.

Will the new Story adapt from DBS Manga?

It could be Dragon Ball Super, or Super Season 2 (2uper) or a wholly different name altogether.

Also, read and check about other animes in the meanwhile: