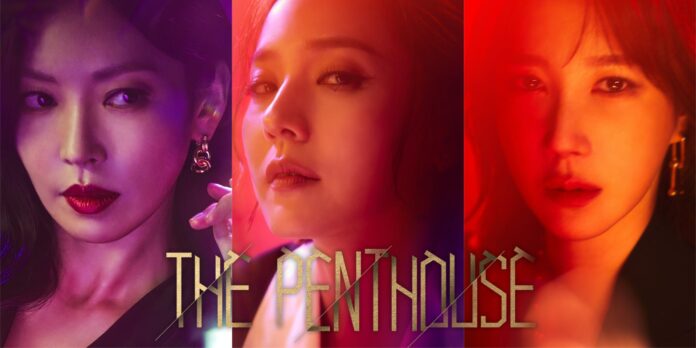 As we proceed with the episodes of Penthouse 2, we are experiencing some quality stories and suspense mysteries. The beautiful way it is written and portrayed is worth watching and after all the ratings don’t lie. It has maintained its 4.9/5 rating on Google users. Let’s see what all it has in store for us in Penthouse 2 episode 13.

The release date for Penthouse 2 episode 13

Where to watch Penthouse 2 episode 13?

The official release will be on SBS tv but if you can wait a few days you can also watch it on Viki.

You might cross-check the highlights in this story to the prediction of Penthouse 2 episode 11.

Well, this episode might be considered as the climax of the whole series. Ju Dan Tae finally gets trapped in his own deeds and was fabricated in a murder case with a mastermind plan laid by Shim Su Reum and everyone else was helping her, all of them had their own reasons to help her get the revenge Na Ae Gyo’s murder.

Wait, what? Na Ae Gyo’s was killed two years back and not Su Reum. Yes, they changed clothes because Ae Gyo was leaving the country and wanted to see the children one last time, and the rest you know. 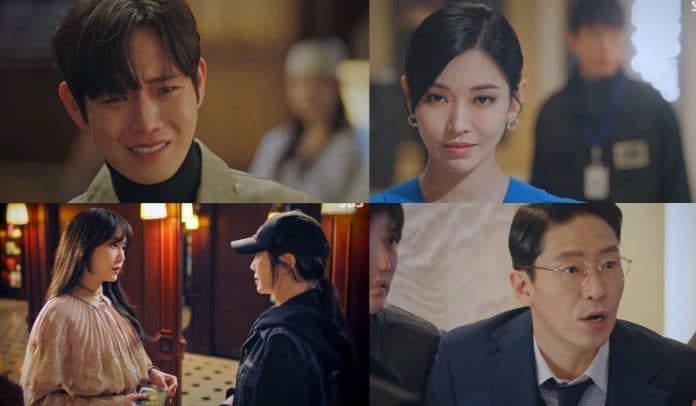 First off she sold all the land that he bought under her name and ran away with the help of Logan and then Seo Ji intoxicated him with drinks with sleeping pills and then they carried out the plan successfully. The betrayal prediction came true with a real estate scam.

Logan took the getup of Ju Dan Tae and fake killed and packed Ae Gyo’s body in a bag and cremated it in a pet crematory house. Of course, they left enough evidence for him to get caught.

Meanwhile, Shim Su Reum and Ro Na were successfully transferred into the basement that she found out in the cottage. Bae Ro Na is alive and Shim Su Reum saved her and did I mentioned that Dr. Han is the birth father of Bae Ro Na.

Ju Dan Tae gets arrested at the end and when asked her wife told the police that she did not know anything about it.

The first half of Episode 12 is pretty much a recap and explanation of episode 11 about how exactly this plan was carried out and who helped where?

The police escaped Shim Su Reum and Ro Na in a very pity state and took their testimony against him. Seok Hoon called Seon Kyung to come to the hospital to meet mom!

Seo Ji files for divorce and asks if she could get all her property back along with the cash and is very happy until the members of the condo told her that Shim Su Reum was alive and that she was helping her the whole time and rushed to Yeon Hee for answers. 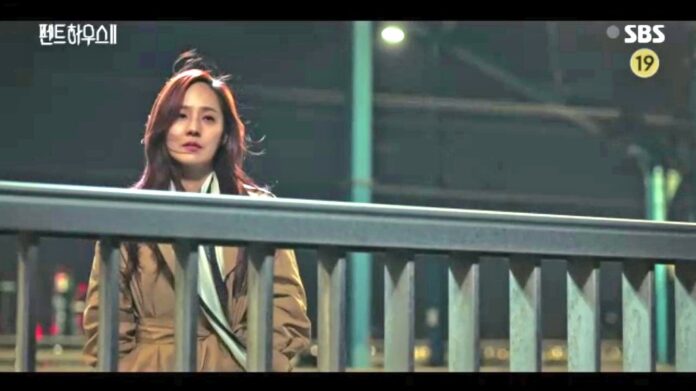 She then rushed to Eun Byeol and she was nowhere to be found and just then the police arrive with the evidence of her visiting the cottage where Bae Ro Na and Su reum was abducted.

Now since the real murderer came out, Dr. Han receives a letter from Yeon hee and so does Su Reum. We see Yeon Hee walking on a bridge and she doesn’t know yet that her daughter is alive.

just when we thought that everything was falling in place, Yeon Hee commits suicide? Seok Hoon and Bae Rona move in together and Seon Kyung is helping? Logan Lee proposes to Shim Su Reum. We finally see Ju Dan Tae falling into pieces and getting punished for all his deeds? We shall wait till 2nd April 2021. Thanks for reading Last episode Penthouse 2 episode 13 Spoilers, Release Date, Predictions.