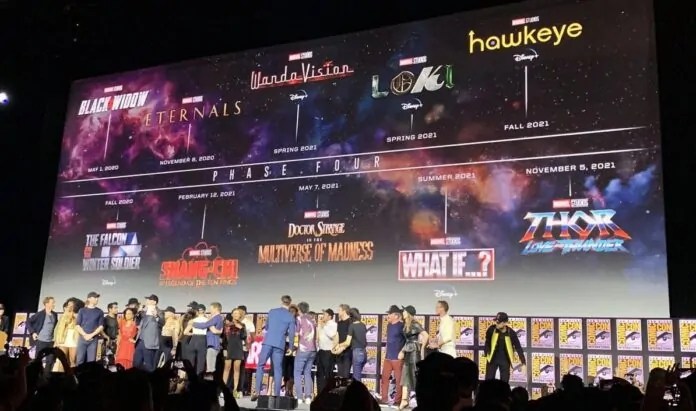 The Eternals has been CONFIRMED.

Also, a new poster for the ‘Falcon and the Winter Soldier’ series coming to Disney+ has been revealed:

Awkwafina has been cast in marvel studios ‘Shang-Chi And The Legend Of The Ten Rings’, Tony Leung is ‘The Mandarin’ in Marvel Studios ‘SHANG-ChI’.

DOCTOR STRANGE IN THE MULTIVERSE OF MADNESS WILL BE THE FIRST SCARY MCU FILM.

Scarlet (Wanda) will appear in ‘Doctor Strange In The Multiverse Of Madness’ with Nightmare set as the villain.

MARVEL STUDIOS WHAT IF

What If? Is coming summer 2021 with Jeffrey Wright as the Watcher

‘Fantastic Four’ is in development!

‘X-Men’ is in development

CAPTAIN MARVEL 2, BLACK PANTHER 2 AND MUTANTS ARE COMING TO THE MCU SOON

Marvel Studios’ BLADE with Mahershala Ali is coming to the MCU