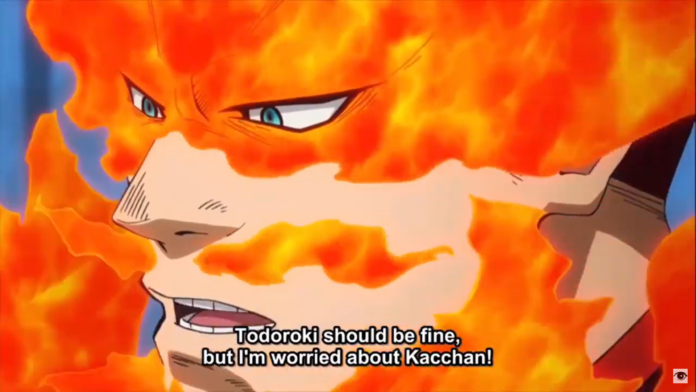 What is the My Hero Academia Season 4 Episode 16 Release Date, Time?

My Hero Academia Episode 16 will release on Saturday, February 1, 2020. Time left for the release of this Episode is according to this Exact Live Countdown (Time left) for the upcoming episode below:

Episode 15 was an okay episode, in which finally the overhaul arc ended and it started a new arc with the all-new opening and closing theme songs. It also revealed the capturing of Warp villain and revelation of a subordinate of All for one called the Gigantomachia. Now for Episode 16, it says that Almight and Endeavour will meet in the stadium of the testing ground and the provisional license test of Todoroki and Bakugo will begin.

Where to watch Latest My Hero Academia Season 4 Officially?

Episode 16 of Season 4 is titled: “Win Those Kids’ Hearts”. You can watch it on Funimation or Crunchyroll. We do not provide unofficial links.

BNHA Manga is currently ahead of the story than anime being in Chapter 259.