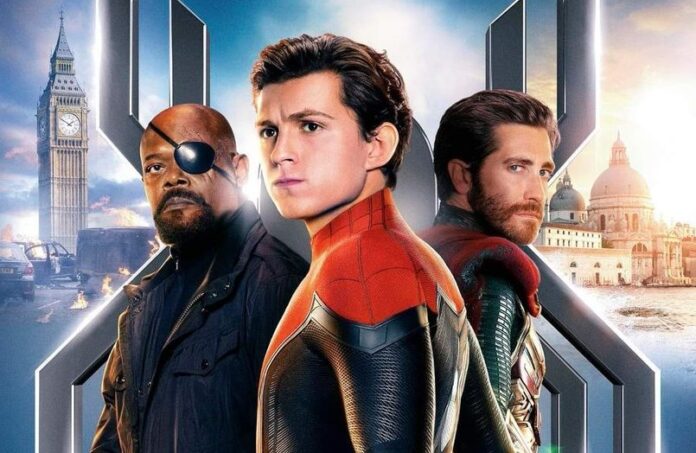 The Avengers: Endgame is still banging the cinema houses, while MCU is already preparing for its next big release.

The MCU_Direct, a trusted marvel news resource shared some new posters for the upcoming movie Spider-Man: Far From Home.

Spider-Man: Far From Home is said to be the last movie of Phase 4 and an epilogue to the events of Infinity Saga.

The new poster includes Peter Parker at the center, Nick Fury at left and Mysterio on right. The behind is the spider logo and on the upper left corner, there is Ben Tower of London.

The poster received a huge backlash from the fans and many regarded as a “7th grader’s Photoshop”.

In addition to the returning cast, the film will star Jake Gyllenhaal (Mysterio) and feature the return of Samuel L.

“Our friendly neighborhood Super Hero decides to join his best friends Ned, MJ, and the rest of the gang on a European vacation.

However, Peter’s plan to leave super heroics behind for a few weeks are quickly scrapped when he begrudgingly agrees to help Nick Fury uncover the mystery of several elemental creature attacks, creating havoc across the continent”

Will Mysterio turn out to be good or bad? Lemme know in the comments.