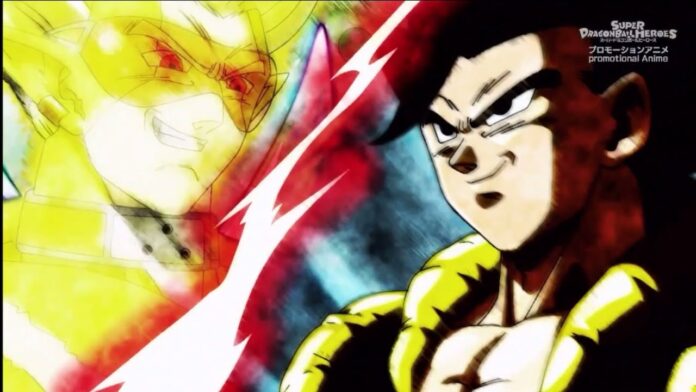 What is the Dragon Ball Heroes Episode 18 Release Date and time?

Dragon Ball Heroes Episode 18 will release on 22nd December 2019 on the occasion of Jump Festa 2020.

We advise you all to use Official sources to watch Dragon Ball Heroes, here is a link to Official Site ‘CARDDASS’ where you can watch it in Japanese.

If you want to watch the latest Episode in English Subbed it will be posted by Terez27 on Youtube Channel Fan Translated version.

(Episode Translations are generally done by Cipher, Herms98, Sailorspazz and edited and organized by Terez27)

The synopsis was reported by DBS Chronicles on Twitter.

Gogeta and Hearts clash! The fate of the universes lies in the hands of the strongest fused warrior. How will this earth-shaking showdown end?

Finally, this will end the Dragon Ball Heroes and bring out who is the strongest.