This time Dragon Ball Super has a Special Stage Event at Jump Festa 2020. This could be the chance where new anime can be announced, but take this as a grain of salt.

When is Dragon Ball Super Event at Jump Festa 2020?

Looks like there are two Anime “Dragon Ball Super” special stage events at Jump Festa. Voice actors from the anime are going to be there as well. 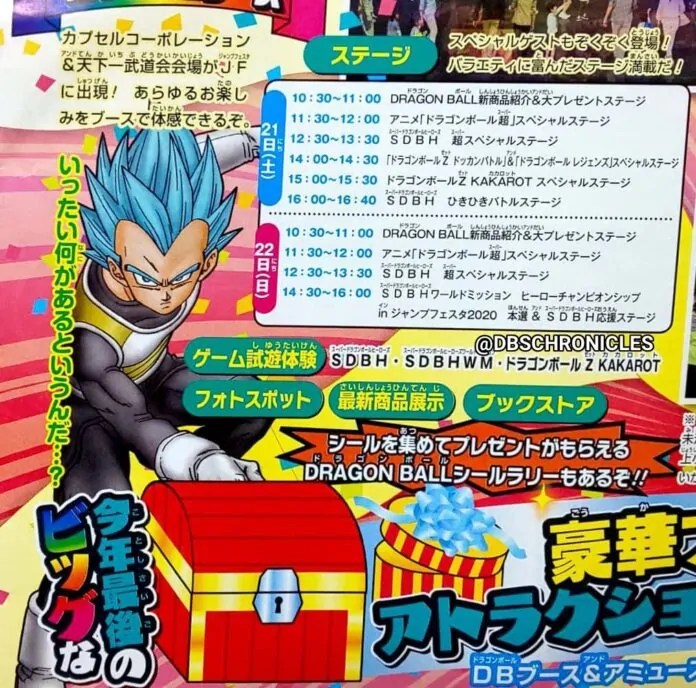 What is the Schedule of Dragon Ball Events at Jump Festa?

Credit to DbsHype for providing the original schedule. Translations are done by Goresh. All eyes are on the Special Stage event which may have some announcement, otherwise, then, expect something from the next year ‘2020’. 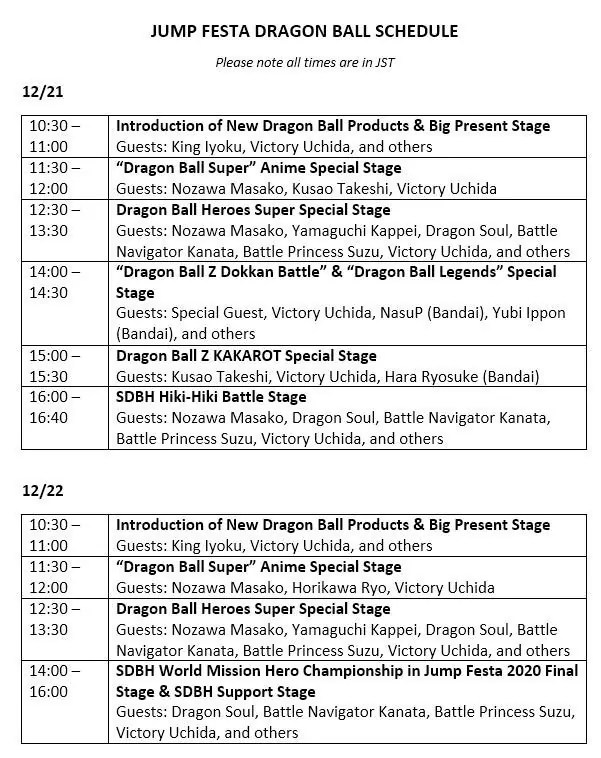 What are the chances of Dragon ball Super 2 be announced?

Chances are slim, but we can hope for it, maybe some slight hint or so. But we have to wait, if not announced at Jump Festa, it shall get announced eventually in the 2020 first quarter.

Cast: Masako Nozawa (Voice of Goku), Ryo Horikawa (Voice of Vegeta), Victory Uchida will all be present at the Dragon Ball Special stage event at the Jump Festa. 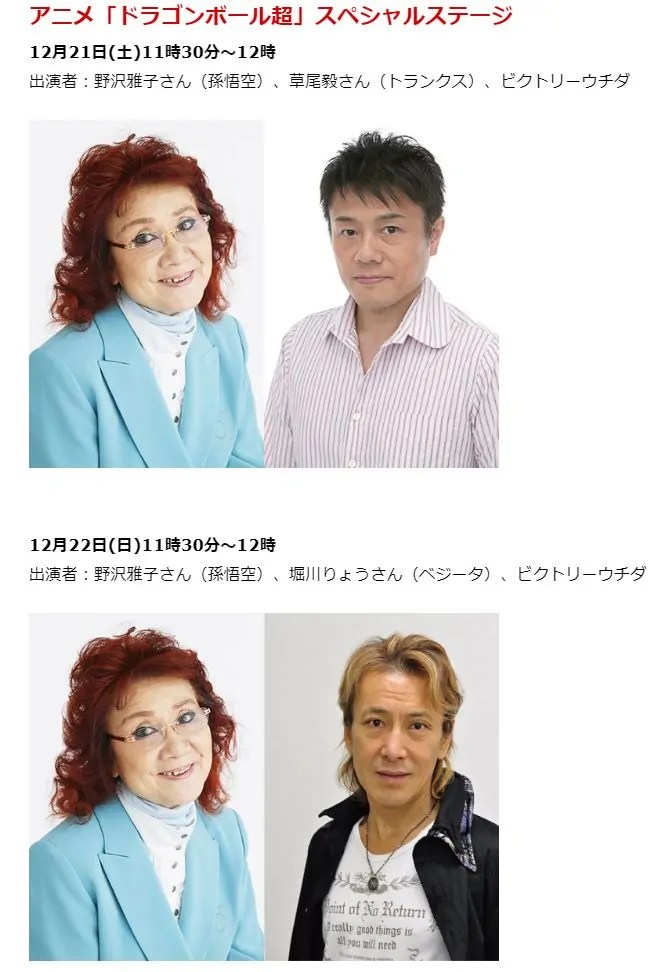 Ryo Horikawa, The Japanese Voice of Vegeta has already met with TOEI Animation a few days back about a ‘NEW’ Dragon Ball Project and has tweeted for the same. He also tweeted that it has been a long time.

Just to reiterate, things are moving behind the scenes, but we’re unsure as to WHAT is coming and in what order: A movie then a TV show or a TV show then a movie?

Plans changed for sure earlier this year for which everyone got sad but we think it was for the better. Let’s wait and see. As per Geekdom101, who covered and reported this story it will be soon enough.

Here is the original tweet by Japanese Voice of Vegeta: 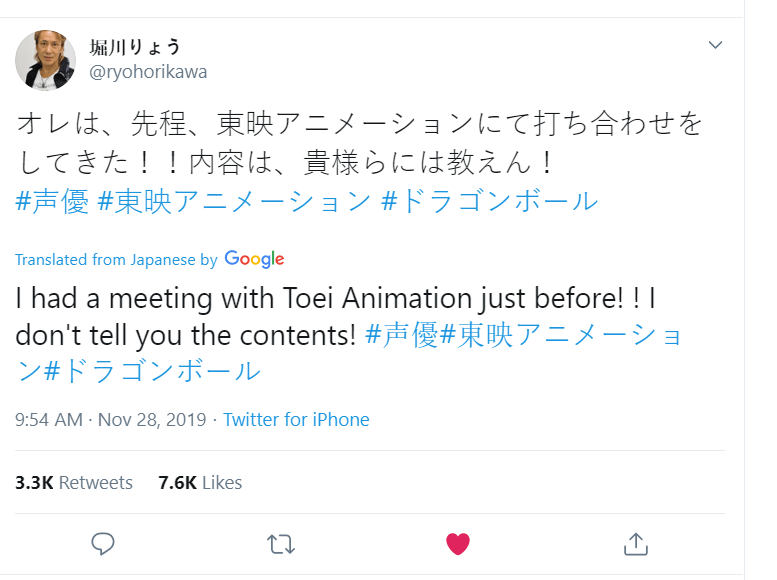 A new Dragon Ball Movie or Anime which comes first?

Jump Festa is also coming soon but we don’t see anything happening this soon. Don’t expect too much for this year.

A logical sense would be a movie first and then Anime adapting it acting as a launchpad, just like it happened for the Ressurection F and Battle of Gods.

The order will depend on many factors and things but official account posting, sharing such thing about Dragon Ball high-level meeting news, which surely would be news of big intensity.

Something is going on behind the scenes as Voice actors are only called when a story and other things are ready, we just have to wait now, but be excited. One of the main characters’ (Vegeta) Japanese Voice Actors would not lie on his personal Twitter account.

Will the new Story adapt from DBS Manga?

It could be Dragon Ball Super, or Super Season 2 (2uper) or a wholly different name altogether.

No, that is still just a ‘rumor’, none of any authority websites like IGN, or any credible account/source has posted about this Disney Dragon Ball Live action.

Chances are very slim for it to be true. Because nothing can happen without TOEI or Shueisha’s permission/approval, there is no confirmation from any of their end. They are not involved yet.

So, what do you all think? Comment down your opinions below regarding Dragon Ball’s future.