In today’s article, we will be discussing One Piece’s Dragon Momo and Luffy vs Kaido fight which is about to unveil.

Unlike several other characters in the manga, Luffy is not going alone to take on Kaido in Wano. The son of Kazuki Oden, Momonosuke, has grown into an adult. As well as ageing, Shinobu’s Ripe-Ripe Jutsu also affected his Devil Fruit powers. A larger dragon form emerges after he has aged up.

Luffy remains calm, realizing that Momo has done something wrong in the face of the panic around them. Their focus will now be on returning to the battlefield for Round Two. One Piece’s newest development could help defeat Kaido.

A major advantage he has in battle is his dragon form, which towers over everything. He is extremely tough, mostly because of his scales, due to his sheer size. As a result, the Alliance now has a dragon of its own. Momonosuke’s presence greatly improves Luffy’s chances of victory. Luffy has plenty of time to figure out the best way to take Kaido out for good due to Momonosuke’s size, as well as the ability to go up against Kaido.

One Piece’s fight Dragon Momo and Luffy vs Kaido

Also, Kaido isn’t accompanied by Big Mom, who was providing him with elemental assistance during the first battle. He will be injured not only as a result of fighting Luffy but also Yamato, as he is fighting his son. 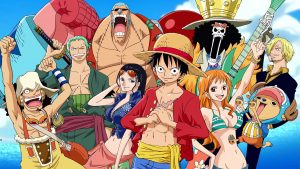 In addition, Luffy has also eaten a helping of meat and had time to recharge his Haki. Kaido, however, has barely had time to do so. Having gained knowledge from the first round of fighting, Luffy will face his opponent with fresh knowledge and a new ally by his side in the next chapter of the One Piece manga.
If they work together, they might actually succeed in taking Kaido out of Wano forever. By defeating Kaido, Momonosuke will not only restore the country’s glory but will also triumph over the forces of evil. Yamato hasn’t given Kaido time to recover, and now that Momonosuke’s dragon form is larger, it looks like the Alliance will win.
Also Read One Piece writer reveals the story is at the final stage and will end in 5 years

More About One Piece Manga

Eiichiro Oda is the author and illustrator of the manga series One Piece. As of September 2021, it will have been serialized for 19 years in Weekly Sh*nen Jump magazine by Shueisha. Each chapter is still being presented in separate tankobon volumes.

An unintentionally eaten Devil Fruit gave Monkey D. Luffy the properties of rubber. A new King of the Pirates awaits Luffy and his crew of Straw Hat Pirates as they explore the Grand Line in search of the world’s ultimate treasure known as “One Piece”.

An anime series developed by Toei Animation began broadcasting in Japan in 1999, based on manga, which has spawned a plethora of media franchises. Aside from the movies, Toei has created one OVA and thirteen television specials.

Trading card games as well as numerous video games have been developed by several companies. The manga series has been licensed by Viz Media in the United States and the UK for an English language release, and by Madman Entertainment in Australia. Funimation acquired the license for the anime series in 2007 after 4Kids Entertainment dropped the license for an English-language release. That is all about “One Piece Reveals biggest fight Dragon Momo and Luffy vs Kaido” 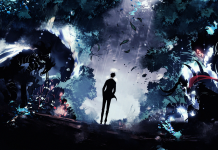