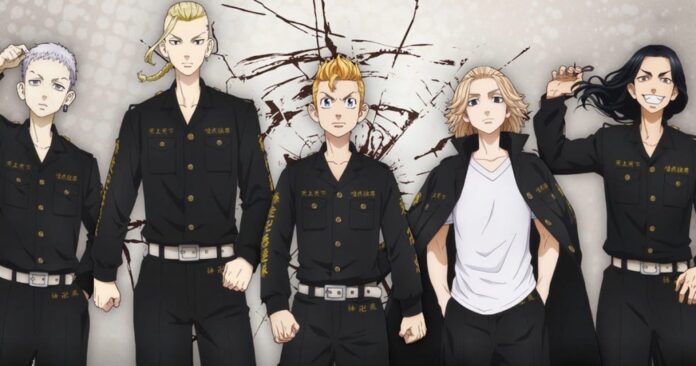 Tokyo Revengers Chapter 220 Spoilers and the release date is the topic we will be taking up today. The manga was created by Ken Wakui. He writes and illustrates the series himself. It began publishing in March 2017 in the Weekly Shōnen Magazine. The manga has received praise from many for its striking visuals and unique storyline. It has also won the Kodansha Manga Award for the shōnen category in 2020.

The story of Tokyo Revengers follows Takemichi Hanagaki. The twenty-something year old is living a life with no hope and full of misery. Adding to his sorrow is news that his ex-girlfriend and her brother was killed by the Tokyo Manji Gang. Takemichi is taken aback by this news and is filled with grief. One day he is pushed in front of a train and just seconds before getting hit he is transported back in time to the year 2005. He then goes on to enjoy his middle school years and also makes sure that Hinata is safe. Stick through with the rest of the article to find out Tokyo Revengers Chapter 220 Spoilers and Release Date.

Tokyo Revengers Chapter 220 Release Date is 1st September 2021. This chapter has been eagerly awaited by fans since the last chapter left us with so many questions. Fans of the manga will have to wait just a few more days for the release of the new chapter. Unfortunately, there is no legal site available to read Tokyo Revengers Chapter 220 online. Make sure to avoid reading manga chapters from illegal sites as much as possible. 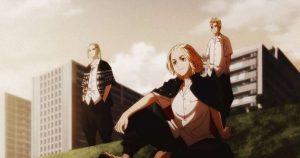 Warning: The rest of the articles contains major spoilers of the Tokyo Revengers manga chapters. Read at your own risk.

Tokyo Revengers Chapter 219 starts with Senju and Takemichi going on a date. It turns out Senju wanted to go to an amusement park for their date. She says that she has been wanting to go to the park for a long time now. Takemichi asks her why she was still wearing her Brahman uniform to which she replies that the uniform was quite comfortable. They go on various rides such as the Ferris wheel and the merry go round. All the while Senju beams with excitement and Takemichi can’t quite take in the fact that this innocent girl was going to start a major war between the three deities. 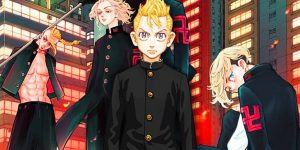 While they are on a rollercoaster Senju says that the war of the three deities will start on the 14th of July. She also adds that Takemichi and Draken will be responsible for the Kantou Manji gang. She says that she and Takeomi will take care of the rest. Senju believes that she is capable of handling all this by herself. Her goal is to become number one after defeating Mikey and the South. She says that it is not about making Brahman the strongest but making Brahman bigger.

After descending from the roller coaster a tanzaku happens to catch Senju’s eye. Takemichi writes down his wish to defeat Mikey and Senju remarks that it is a boring wish. Senju writes down her wish and shows it to Takemichi. The writing says ” I will protect Hanagaki”. Takemichi is flustered and thinks what a straightforward person Senju is. Senju asks Takemichi whether they could be friends. She also adds that this is a first for her. Takemichi responds that they can surely be friends.

Takemichi also says that he is going to protect her as well. Senju is not impressed. She calls him a dummy and says that she is fully capable of protecting herself but she appreciates his promise. That is when Takemichi gets a vision of Senju covered in blood saying that she has kept her promise. He realises that this is not a vision of the distant future but it is going to happen today.