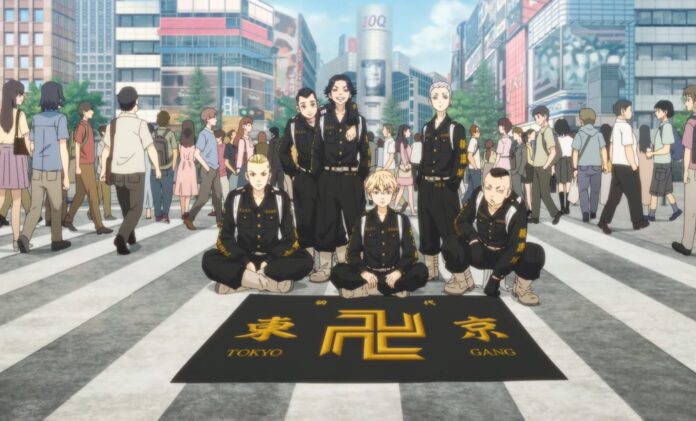 Today we will be taking up the topic Tokyo Revengers Chapter 220 Spoilers, Release Date. Written and illustrated by Ken Wakui, Tokyo Revengers has become the thirst best-selling manga of 2021. The top two spots have been taken by Demon Slayer also known as Kimetsu no Yaiba in Japanese and Jujutsu Kaisen. After the release of the anime early this year, the manga has seen a huge surge in sales. It now has more than thirty million copies in circulation. The manga is so great that even the anime hasn’t been able to fully capture the greatness into the screen.

As you probably know, the Tokyo revengers manga is in its Final Arc now. As the manga is nearing its end, fans can’t help but wonder what is going to happen next and how will the story end. Worry not! We are here to give you constant updates and spoilers about new chapters and releases. The story revolves around the Protagonist Takemichi Hanagaki who has the ability to leap through time. Keep Reading to know more about Tokyo revengers Chapter 220 Spoilers, Release Date, and more. 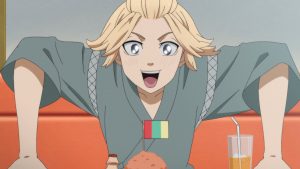 In the previous chapter, we see Takemichi and Draken making their way down the hallway of the brother where Draken works part-time. There, they meet Draken’s father figure. After that we see the girls enquire about Draken’s day and if he has eaten while they walk through the halls. Draken is not bothered to answer any of their questions. Also, Takemichi wonders whether the girls are the same as before to which Draken replies that they are not. He also adds that it’s a harsh world out there.

Once they reach Draken’s room they reminisce old times looking at pictures of Toman. Takemichii notices a picture of Emma and says that she appears in his dreams. They also talk about Mikey. It seems that Mikey had kept his promise to Takemichi and he would save Hina and others. But he himself is living a dark and messy life. Draken says that Mikey purposely drove them away from him. We see both the boys make a pact to retrieve Mikey.

After that we see a girl bumping into Takemichi and pouring Tomato Juice all over him. That’s when Takemichi realizes that in the vision he had at the starting of the chapter it was not blood in his hands but tomato juice. We also see him wondering whether he can foresee the future. We will have to wait till the next chapter to find out more about his abilities.

To get more information on the previous chapter read our article on Tokyo Revengers Chapter 218 Delay, Release Date, Takemichi? here

Chapter 220 of Tokyo Revengers is all set to release on the 1st of September 2021. Obviously, the fans are eagerly anticipating the release of the next chapter. We will have to wait for a few more weeks to know what power Takemichi Uncovers. Also, unfortunately, we do not have an official website where you can legally read Tokyo Revengers Manga.

Tokyo Revengers Chapter 220 Spoilers are not available as of now. But make sure to bookmark this page and keep checking it. We will make sure to update this page as soon as we get hold of the raw scans and leaks. Our team at Omnitos is working to ensure that you are constantly updated about the latest anime news, spoilers, release dates, and more. That is all about Tokyo Revengers Chapter 220 Spoilers, Release Date