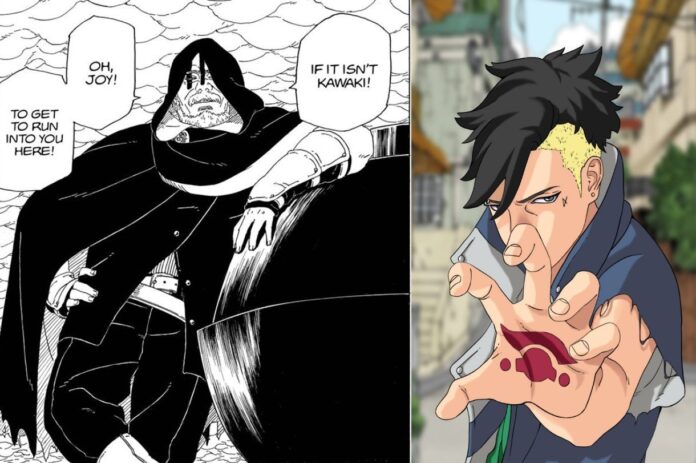 This is Boruto Chapter 40 Release Date, Spoilers and Speculation Discussion Thread. Feel free to discuss in the comments section below or for questions catch us on our Boruto Discord or Twitter handle. Featured Image Kawaki by Junebu Art.

Boruto Chapter 39 did show the power of Karma which allows the user to use Space-Time Ninjutsu. Boruto, Kawaki, and others went to rescue Naruto, and are about to fight a villain called Boro. The most important thing we got to know is that Kashin Koji is against Jigen.

Believe in Boruto, everything will get alright eventually.

DISCLAIMER WATCH ON THESE SOURCES ONLY, WE DON’T OWN BORUTO

Where to Read Boruto Chapter 40?

(*Download the Shonen Jump app from play store or app store and search for Boruto in it. There might be 5 mins delay on viz and manga plus but Shonen Jump app gets the chapter instantly after countdown finishes.)

More Spoilers coming up, as these days spoilers are getting really delayed because of the shift to V-jump!

Don’t worry about Naruto, he can heal himself obviously and we think he can possibly break the seal in upcoming chapters.

Few things which will be really interesting to see probably in Chapter 40:

Most importantly ‘Believe’ in Boruto, Kawaki, Sasuke and team!!! Naruto is not dead yet! Let’s wait for Boruto Chapter 40 while watching anime in the meantime.