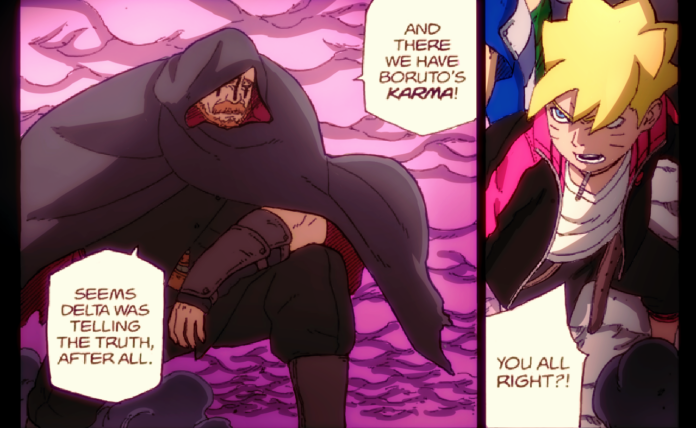 Feel free to discuss in the comments section below this article or for questions, catch us on our Boruto Discord or Twitter handle.

Kawaki and Team 7 went to rescue Naruto, and are about to fight a Kara villain called ‘Boro’ using a plan together. Boro has a unique invisible Jutsu with sort of vapors which are acidic and can damage if someone is near it, Boro can only be defeated if they work together smartly. Surprisingly Sarada awakened the 3-tomoe Sharingan out of nowhere in Chapter 40. While Sasuke is getting healed, Team 7 and Kawaki are about to form a plan and begin a counterattack on their own against Boro and retrieve the black utensil in which Naruto is sealed.

What is the Release Date of the Boruto Chapter 41?

Boruto Chapter 41 will release on 20th December 2019 (or 21st Depends on Timezone). It is the last Chapter of 2019. The release time is according to this live countdown below for everyone out there.

How much time is left for 41 to be LIVE?

Where to Read/Watch Boruto Chapter 41 Officially?

Sarada figures out everything more big Spoilers are here, Chapter Title is New Team 7 and Cover pic, the last page see below:

#BorutoCh41
BORUTOCH.41❗️SUMMARY!! Some words were confusing for the translator to decipher, which is why I’ve only gathered the main points!

Spoilers released on 19th of December 2019, please wait until then on our Discord and check our Twitter, we will update as soon as any spoiler releases.

STAY TUNED, WE WILL UPDATE THIS ARTICLE AS SOON AS ANY NEW INFORMATION RELEASES! 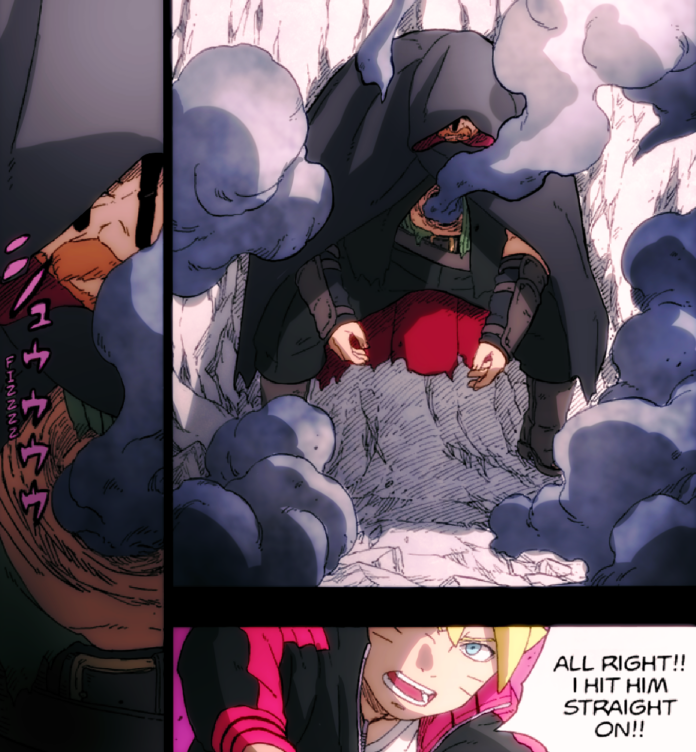 Few things which will be interesting to see probably in Chapter 41:

The answer is obviously ‘No’ because he just got ‘sealed’ in a big black utensil like thing by Jigen who is an Otsutsuki vessel. Team 7 and Kawaki are working together to bring him back and will fight Boro. Boro is the enemy who takes advantage of even small things.

Who will save Naruto?

Kashin Koji said that he will try to kill Jigen as he is a bit weakened by the fight with Naruto and Sasuke. Will he be successful in defeating Jigen? Will the Team 7, Kawaki be able to defeat Boro a ‘Kara’ member and retrieve the Vessel in which Naruto got sealed?

Discuss here in the comments below about what you think regarding the latest Chapter 41.