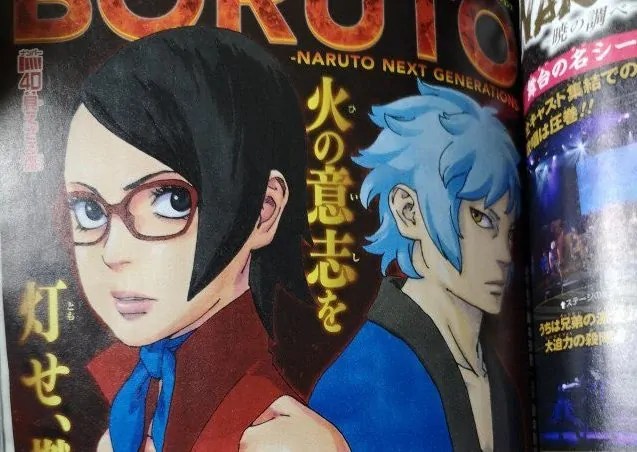 Feel free to discuss in the comments section below or for questions, catch us on our Boruto Discord or Twitter handle.

Boruto, Kawaki, and others went to rescue Naruto, and are about to fight a Kara villain called ‘Boro’.

We do not own these Boruto chapters. Believe in Boruto, everything will get alright eventually.

DISCLAIMER WATCH ON THESE SOURCES ONLY, WE DON’T OWN BORUTO.

The Chapter is titled: ‘INVISIBLE JUTSU’.

Next Boruto Chapter 41 will release on 20th December, 2019 stay tuned!

The Chapter is titled: ‘INVISIBLE JUTSU’

Sarada says saving Naruto is the top priority for them, therefore, working in team is required, and Kawaki is now part of Team 7.

(2) A lot of ppl were confused as to what the definition of “newborn team 7” was! I hope this clears it up a bit. pic.twitter.com/XN51oLIQXt

The answer is obviously ‘No’ because he just got ‘sealed’ in a big Utensil like thing by Jigen, Kurama might have something up his sleeve.

Sasuke might go back with reinforcements, to retrieve/bring back Naruto. Sealed in that utensil like thing, see below.

Let’s see where the story will take us, the Manga chapters are getting really interesting day by day but the Boruto Manga sales are declining. Please support it and purchase it from nearby outlets or online. Or it may have consequences in the future.