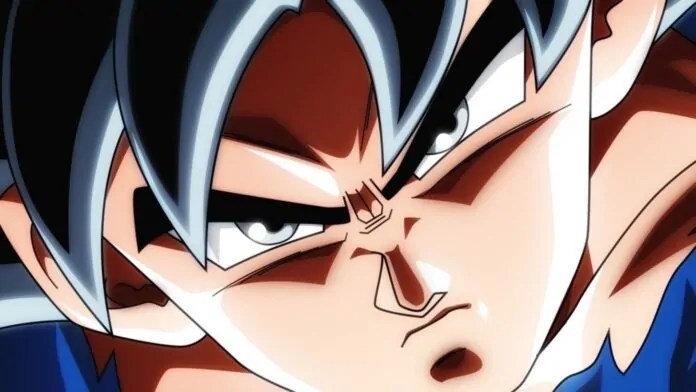 The Dragon Ball Super Chapter 59 will feature the return of the Ultra Instinct form of Goku; This post will contain Spoilers, Release Date, raw scan leaks news, live countdown, to the English scans of the manga. Dragon Ball Super Chapter 59 will release on Monday, April 20. The Chapter will be available online free in the English translated version.

In the last DBS Chapter 58, Goku finally returned and ended all the fights where Z fighters were struggling and at last moment he awakened Ultra Instinct Omen (Signs) on his own will which is really a big deal breaker. He is a lot powerful than before, thanks to the training given by angel Meerus. Morro is surprised by the Goku’s new power and says that it is no mortal ability. Let’s see whether he would be able to tackle it or maybe he also knows that ability.

The Exact Countdown for the upcoming Dragon Ball Super Chapter LIVE, for every country:

(Visit below after this Countdown ends)

We do not provide unofficial links, this is a discussion thread, therefore, we do not own Dragon Ball.

Spoilers status: not released yet.

No spoilers of Dragon Ball Super 59 have released yet, but they will release by April 17. Fan translations, raw scan leaks, etc. might arrive at that time, therefore, bookmark this page to get updated.

We don’t think Goku will be able to defeat Morro this soon, Morro might still have some counter to Ultra Instinct or maybe he will last until the form drains out, it will require a lot more effort, We mean at least perfected form of Ultra Instinct and we think this time Vegeta may get in the spotlight and at the end defeat Morro. Vegeta is still learning new techniques on planet Yardrat.

It would be too early for Goku to beat Morro, and Morro might have some hidden power, while Vegeta will return and show his new powers too! The upcoming chapters would be really interesting. But, we hope that Goku will perfect this Ultra Instinct Omen by the end of Morro Arc to defeat Morro maybe. It seems that Morro already knows about the Ultra Instinct ability of gods somehow.

Do Dragon Ball Super Anime return with Season 2 in 2020?

We hope for Dragon Ball Super ‘anime or movie’ announcement in 2020, but it would not return in 2020.

So, what do you all think about the upcoming chapter DBS Chapter 59? Comment down your opinions/thoughts below. Also, read about the latest Boruto Chapter 45.