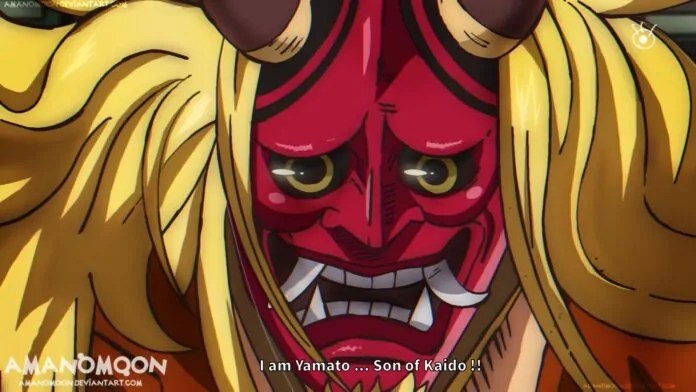 Yamato is up to something, he will definitely help Luffy and others to defeat his father, but what are his reasons? We will soon find it out. It is finally the worst generation pirates, samurais vs the alliance of the two biggest emperors of the sea.

Yes, One Piece 984 got delayed due to amid outbreak of COVID 19 Novel Coronavirus pandemic all over the world due to the protection of its manga staff. The New Release Date for Chapter is July 5, 2020, officially. The live time is below. Several animes have also got delayed like Black Clover, Boruto, One Piece.

One Piece Chapter 984 Live countdown to official release for every country “release date” on July 6.

The One Piece Manga Chapter 984 spoilers, leaks, raw scans, summaries, English translations have been released. Only the above information leaked till yet. We will update you as soon as possible when new information releases. Spoilers are getting a general delay these days, so be patient.

Finally, in the last One Piece Chapter 983, Luffy clashes with Ulti of Page One and he finds out she is a powerful Zoan type awakened devil fruit user with good khaki. But suddenly Yamato saves Luffy from the further fight and runs away with him, he used the same attack as Kaido- the Thunder Bagua. Reported by Amanomoon.

Moving on, we see the eldest son of Big Mom, Perospero, and he is approaching Onigashima alone using his candy ability, and he totally does not approve of the alliance between Big Mom and Kaido.

Prometheus chasing down Nami, and Zeus is really worried if he is going to die if Big Mom sees him, likely we will see Zeus backing up Nami to fight Prometheus. Roronoa Zoro and Eustass Kidd are fighting gifters, now comes the part you guys have been waiting for.

Yamato refers to himself as “BOKU”. Yamato talks to Luffy and tells him that, “you are Straw Hat Luffy right? I have been waiting for you all this time. My name is Yamato, and I’m Kaido’s son.” Yamato’s appearance is said to be slim, and Yamato posses very long arms, roughly as big as Luffy’s height.

One Piece Chapter 984 might feature the details of why Yamato wants to collaborate with Strawhats.

It would be awesome to know the reason behind Yamato helping the ones who are here to defeat his father.

While Chopper and Usop evade Big Mom but now she is behind Nami because she wants Zeus back while Sanji is busy in the brothel. Nami will definitely figure out something.

The chapter ends with Yamato running carrying Luffy away from the crowd. Let’s see what will happen in the upcoming One Piece 984.

Speculations for latest One Piece Chapters

Could it be that Yamato will join the Strawhat Crew or will he just help in Wano only? Yamato is completely on a different level than Luffy, he used the same technique as his father, and also, he is wearing clothes just like Oden, it looks like he will help in defeating his father and later rule over Wano maybe as a good person,

Maybe Marines, Shanks, Garp might enter the scene later. Garp has already fought the leader of the crew of Rocks Pirates (Big mom and Kaido were in the crew of Rocks at a young age). Garp may pose a threat to them. Though the world government has no control over Wano. Boa Hancock might join the battle but get captured maybe. One Piece Chapter 984 might show the current status of Sabo.

We might get to see the situation on the other side in the middle of this Wano arc maybe, that is the current situation of Sabo and the Revolutionary Army at the Mariejois, and ex-marine admiral Aokiji somehow might get involved. One Piece Chapter 984 will reveal new things and actions by the worst gen pirates.

Keep supporting the One Piece Manga 984 from official sources for the English version, it is at the top spot. In the United States and other countries, you can read it on the Viz website.

Even Captain Kidd has conquerors Haki just like Luffy and Kaido. Oden’s son Momonosuke was taken away by Kanjuro earlier, but Luffy promised him that he will save him later. It seems Momonosuke will be saved by someone soon.

Let us know your opinions and thoughts about this One Piece Chapter 984 on our Reddit, also, check about the latest Dragon Ball Super Chapter, Boruto Chapter, Solo Leveling Chapter.